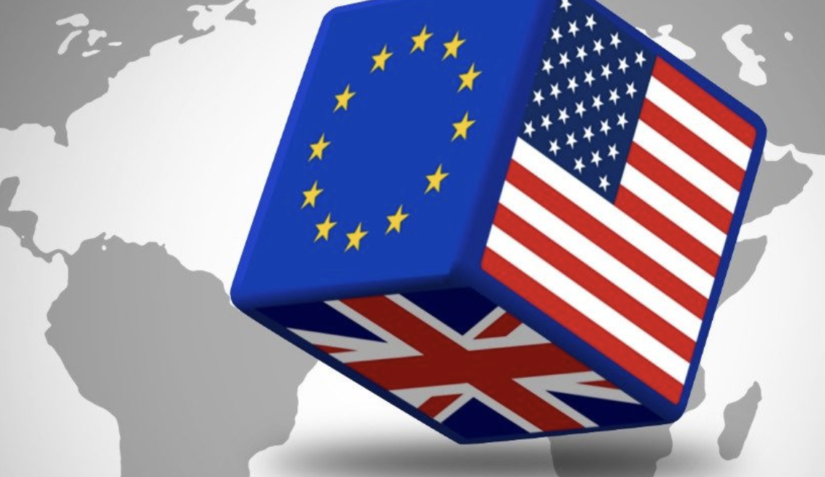 TruePublica Editor: This message is short. I told you so.

I predicted in 2015 that David Cameron would usher in a period of instability that would change Britain forever by doubling down on austerity and that he would see a succession of Tory PMs fall leading to traditional Conservative party values to rapidly decline and push the party towards extinction. I also predicted that Brexit would become a reality. In 2016 I predicted that Theresa May would be a disastrous PM and her failure would lead to the rise of a right-wing faction within the party. I predicted that Brexit would lead to the demise of global Britain which it has subsequently been proven to be the case and that Britain’s economy would take a hammering simply by watching the collapse in inward investment which is worse than even I thought. I predicted that Brexit would emerge as a Trojan Horse for a new form of economic policy-making that could usher in the ‘Americanisation’ of Britain where corporations would come to rule democracy. What the American’s wanted was a low-tax island on the corner of Europe. Such was my belief in this that I wrote a book about it entitled Brexit – A corporate Coup D’Etat. In 2019, I consistently warned that a huge American effort would push Britain into making a stark choice – what I called the ‘political pivot’ – simply a choice between joining America or staying with the European Union via a trade deal. This was the Trojan Horse I was referring to.

For the first time, yesterday, we hear that Britain is making more clear what its negotiating objectives for a trade deal with the United States are, at the same time as it begins formal negotiations with the European Union over future trade arrangements.

This is it – crunch time. By my reckoning, it will take the government three months to trash the trade deal with the EU taking that to the very brink of complete collapse. They will blame EU negotiators for their intransigence. Having done so, UK trade negotiators will try to lever up more concessions from both the US and EU.

No-one believed me when I said that a trade deal (beyond what we already have) with the US would be completely worthless to the UK. It’s a one-sided deal. A year ago, I published an article that stated the US-UK trade deal would be worth just 0.2 per cent increase in Britain’s GDP. It turns out, according to government trade officials that actually it’s half that. Yes, a US-UK trade deal is worth just 0.1 per cent in increased GDP. However, if a trade deal is signed with the US, the American’s get to rape and pillage in the festival of deregulation that will follow. Even David Henig, Director of UK Trade Policy, (not a man known for his pro-European stance) who was heavily involved in designing the much-hated TTIP trade deal added that a US trade deal – forecast to lead to a 0.1% gain for the UK economy – would come “nowhere close” to making up for potential losses from a weaker EU trading relationship than the UK currently holds. That little gem is stuffed halfway down a Sky News report where Boris Johnson was crowing that “trading Scottish smoked salmon for Stetson hats, will deliver lower prices and more choice for shoppers.”

If Britain pivots away from Europe it will become the 51st State of America. Then they will have won and 99 per cent of its citizens will come to realise what a con this always was right from the beginning.

And they are preparing for that win. Last week I published a report on JPMorgan, the American banking giant entering the retail banking sector in Britain. JPMorgan is one of the most aggressive banking criminals in world history and they are spending millions right now in preparation for opening up the UK to its retail products – savings, current accounts, mortgages etc.. They are just about to be given their licence by the Bank of England. Last week, we also hear that American billionaire Dan Loeb has kicked off a campaign to break up retirement savings company Prudential and end its 172-year presence in the UK. They said that the UK’s management was ‘short-sighted’ in continuing to pay dividends and had caused Prudential to forgo new investment in its business, which had ‘stunted growth’. You see – American’s aren’t interested in paying dividends to pension investors and pensioners – they want ‘growth’. And they’ve run out of ‘growth’ where they operate which is why these American corps get fined billions in their own courts as they seek new unsuspecting target to stick their blood-sucking funnels into.

In the meantime, a trade deal with the EU is the difference between upholding living standards and a decade long collapse of the economy that will lead to a recession as bad as the one the country is still recovering from. About 45 per cent of all exports from Britain go to the EU. You can’t imagine the damage to our economy if trade exports crash. Brexit has already cost Britain £130billion of normal GDP – expected to hit £200billion by December.

Why is there even a discussion going on with the American’s for just 0.1 per cent of GDP in the first place (other than to apply negotiating pressure)?

If Britain pivots away from Europe it will become the 51st State of America. Then they will have won and 99 per cent of British citizens will come to realise what a con this always was right from the beginning. I’m hoping with all my heart, with every cell in my body, that this tragedy never comes true. But don’t forget, our PM is not British, he’s an American. Don’t forget that anyone who does not want a trade deal with America has already been branded ‘anti-American by our own PM. Don’t forget the entire Tory cabinet are all for a deal with America and don’t forget the scale of the effort to get this far, which TruePublica has endlessly written about.

It’s crunch time – hang on. There’s not long to go now until we find out what our future holds for us.