UK/US trade Deal – Food examples of what it looks like 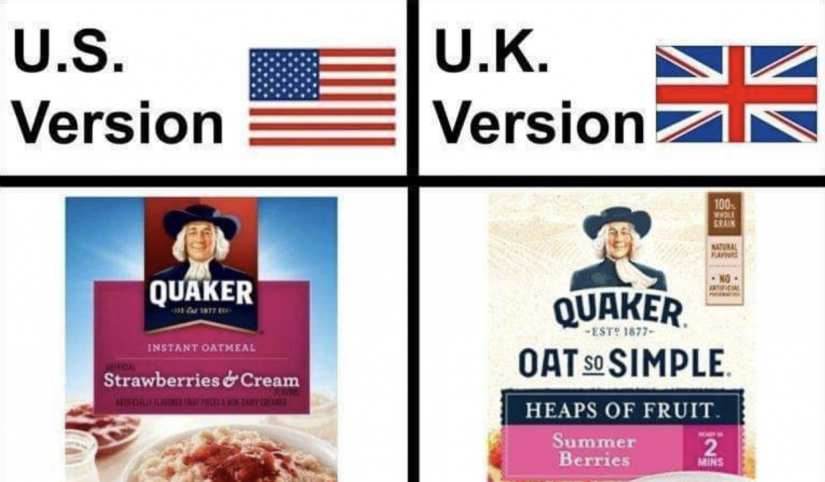 By TruePublica: The European Union prohibits or severely restricts many food additives that have been linked to cancer that are still used in American-made bread, biscuits and cookies, soft drinks and other processed foods. Europe also bars the use of several drugs that are used in farm animals in the United States, and many European countries limit the cultivation and import of genetically modified foods. With a UK/US trade deal – the reduction of food standards in Britain is guaranteed.

Leaving aside that food poisoning rates in America, due to poor supply chain management and lowered standards are somewhere between 10 and 14 times greater than the UK, what difference to our food could US standards to current EU standards make? Here are two sobering examples. Britain’s food doesn’t contain high fructose corn syrup or anywhere as many artificial additives. What would you rather eat? 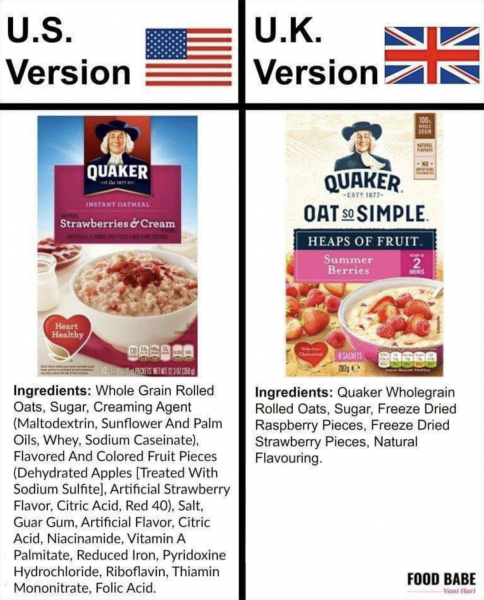 Some examples of banned ingredients

Potassium bromate and azodicarbonamide (ADA) – These additives are banned in Europe because they may cause cancer but are still often added to baked goods in the United States. The FDA denied requests to ban potassium bromate, which is added to flour, even though it is considered a possible human carcinogen by the International Agency for Research on Cancer. The FDA said that ADA, a whitening agent that is also added to flour, is safe to consume in limited quantities, even though research shows that the additive caused cancer in lab animals.

BHA and BHT – are preservatives and flavour enhancers that face “severe restrictions in Europe,” Rabin writes. According to Rabin, there’s “mixed” evidence on BHT, but BHA is “reasonably anticipated” to be human carcinogens by the U.S. government.

Brominated Vegetable Oil (BVO) BVO adds the citrus flavour to popular sports drinks and soft drinks like Mountain Dew, but it also contains bromine, which can build up in the body and potentially affect your memory, skin, and nerves. While the oil is banned in Europe, an FDA spokesperson said it is considered to be safe for consumption in limited quantities in the United States. 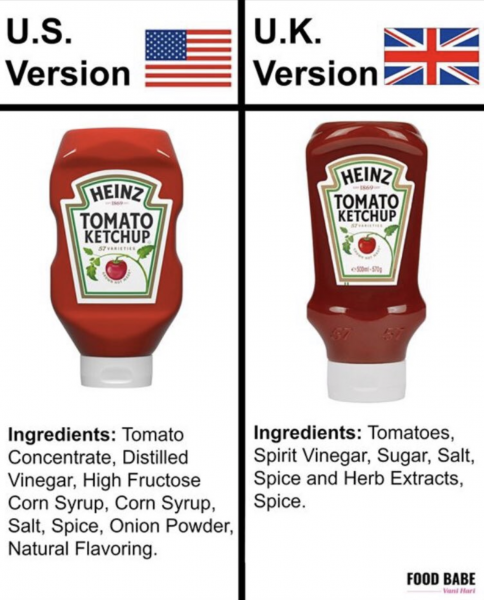 The UK public has always been concerned about another food problem the USA has – that Britain does not.  GM foods and the Food Standards Agency (FSA)’s Biannual Public Attitudes Tracker shows that concern has not diminished over the years. A poll by Bright Blue found in April 2017 that 63% of Conservative voters support a ban on GM crops. The other problem with GM foods is that in America – lobbyists and plenty of money managed to force congress to agree that GM foods do not need to be labelled.

As Liz O’Neil, the director of GM Freeze says when it comes to a UK/US trade deal:

Those in any doubt about the impact of labelling should consider the fact that companies selling GM foods in the US have spent the best part of $100 million in recent years to oppose laws that would compel them to tell their customers exactly what’s in their products.