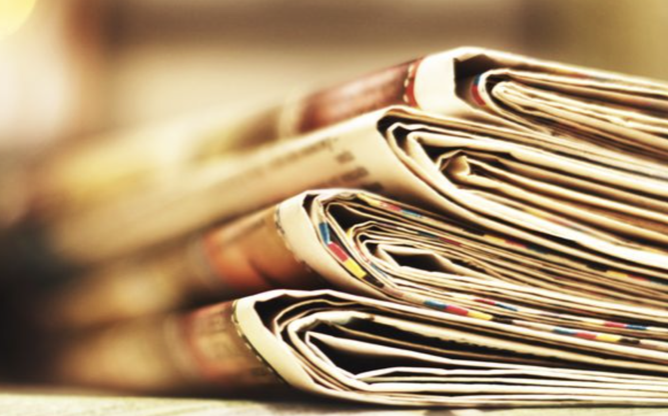 By TruePublica Editor: The year 2020 will be etched into the minds of everyone across the world. Collectively, we have been consumed by the misery of Covid-19, which has without a doubt been our biggest challenge since emerging from the rubble of the last World War. Globally, something like 75 million people have been officially confirmed as having been infected with Covid-19 and around 1.7 million have sadly lost their lives to it.

In Britain, around 2 million people have so far (by a positive test result) been infected with Covid-19 – and 65,000 have lost their lives (source). The economy has crashed, rebounded slightly and tragically will dive once again before the winter is finished. Almost one million people have lost jobs and tens of thousands of carefully nurtured businesses have been crushed. Hundreds of billions in public and private debt has rapidly built up. Make no mistake, when we emerge from this nightmare – the impact of 2020 impact will linger for at least a generation.

We can all argue about the interpretation of numbers but one thing we can say about the Boris Johnson government with some certainty – is that it is undeniably unfit to govern. Britain has spent more fighting this pandemic than any G7 nation and has just about the worst public health output as a result. In fact, Britain has the fifth-worst death rate in the world (source) and would be worse even than that of America – if population numbers were the same (at the time of writing).

Financially, Britain has the third-highest expenditure as a share of GDP in the world (source) in combatting Covid but produced the second-worst result in Europe by experiencing a much harder economic fall than its peer nations. In short, this government has ended up with more fatalities, jobs losses and businesses failures than just about any comparable country. It is a shameful performance with deadly consequences.

All of this leaves the country in a much-weakened state to cope with another disaster of this governments’ making – Brexit, which has itself also featured in the headlines all year. Unfortunately, not even a crumb of positive news on this to help get us through and have something to look forward to.

Mismanagement of the economy and Britain’s institutions has led to an 83 per cent increase in homelessness over the last ten years (source). We now have 30 per cent of our children living in poverty (source) – both are fuelled by stagnating family incomes and the spiralling cost of housing, both of which are worsening. We now have Unicef in to feed hungry children in the UK for the first time in its 70-year history, just as Britain plunges from 11th to 170th in just two years for child rights (source). Only two countries in the Western world has experienced falls in life expectancy – Britain (0.19 years for women and 0.26 years for men) and America (source). These are the indicators of structural failure and decay.

But what the headlines show us is something else as well. There has been a total collapse of good governance. Professionalism, ethics, morality and adherence to the rule of law by this government has been ejected and replaced with lies, corruption, cronyism and self-serving nepotism. It doesn’t stop there as attacks on the media, judicial system and the institutions that uphold civil society such as civil liberty and human rights are being ruthlessly dismantled.

Soon, the slow burn effects of declining standards of living will accelerate.

So far, Brexit has cost Britain £200 billion in lost GDP. It has also cost us many other things such as the breakdown of democracy, the absolute division in society that only an enemy could wish for and the infiltration of hostile foreign actors into Britain’s political system. The collateral damage of a ten-year Conservative government has been catastrophic not just to millions of our own, but to Britain’s global reputation. It has turned us from being perceived as a nation filled with polite, witty, reserved, tolerant, but stoic people to being isolationist and angry little nationalists obsesses with our own importance. The image of little Englanders destroying Great Britain as our union of four nations falls apart was deliberately spawned by this government with its populist culture war style – designed only to divide us.

Also this year, Boris Johnson has wreaked havoc and opportunistically used the pandemic to seize powers in this country not seen since Henry VIII.

His covert intelligence bill (known as the “licence to kill” bill) implicitly permits undercover agents to break the law if they perceive a threat to national security. It is a deeply immoral step that feeds directly into his culture wars and the fantasy world he inhabits. He has deliberately resorted to using emergency legislation to shield himself from scrutiny in the House of Commons. He has used hundreds of statutory instruments like no other PM in modern history – not to create efficiency amid a pandemic – but to avoid challenge of any type and push through his agenda.

We have seen this year how Johnson’s ministers sit on reports that have exposed their misconduct. We have read non-stop allegations about Covid procurement contracts being dished out to enrich their friends and donors. Government studies on the impact of Brexit have been withheld and minsters are now regularly refusing to appear before MP’s committees whose role is to ensure transparency. We’ve even read that our Prime Minister’s latest girlfriend can appoint friends to highly influential and well-paid government roles without having to advertise them, let alone go through some sort of interview process. And even that was only exposed through the sacking of Dominic Cummings – a man who was given a £40,000 taxpayer-funded pay rise for failing to do anything except rig a referendum and destabilise the mechanics of government.

We’ve learned through good investigative journalism that the government has set up its own censorship unit to block Freedom of Information requests and to shut down transparency. We’ve found out it is beholden to those who think Democracy can be bought which it is turning the country into an authoritarian state governed by little more than economic elitism. Dark money now runs through the veins of Downing Street and there is much to be fearful of for our future.

As TruePublica exposed back in January 2019, Brexit will turn Britain into Singapore-on-Thames, a tax haven for the rich and powerful. This is still the political trajectory.

When the pandemic has been defeated, Britain will emerge much for the worse.

For the review of 2020, here are 90 headlines from TruePublica during 2020. By scanning over them, you quickly realise just how fast Britain is descending.

National Insurance Fund plundered to pay down the national debt

The cost of Brexit – £200 bn in ‘collateral damage’ and counting

No10 – The propaganda machine

Why the UK CoVid-19 plan is destined to fail

CoVid-19 – What the government is really covering up

COVID-19: THE TRUTH – Gov’t docs emerge to show how they’ve failed us all

Brexit, Covid-19 and the Debt Deluge – The perfect storm about to engulf us all

The bigger picture is hiding behind a virus

Editor at The Economist: ‘Something fishy’ about Boris Johnson’s intensive care stay

5G – What’s true, what’s not and what you really need to know

Mission Creep – Yet more intrusive surveillance powers given to government

The real reason why the gov’t is offering £60,000 to bereaved families of COVID19 medics

The stench of corruption could hardly be stronger

Something more than a bit fishy about Cummings visiting Castle Barnard

‘Taking back control’ – democracy to be savaged behind closed doors

Britain’s government – entangled in its own corruption

Corruption and dark money now the lifeblood of the Tory party

Is this Boris Johnson’s biggest lie?

The suppression of science in a deadly pandemic

One Year of Boris Johnson